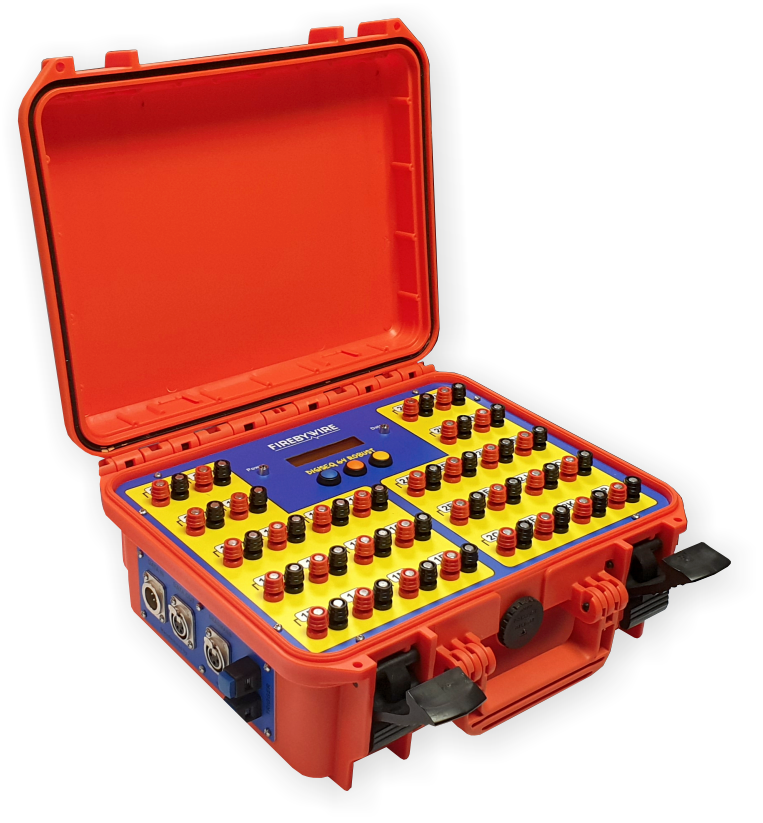 All 64 channels are available via a side connector.  You can plug into this firing modules to duplicate channels 1-32 (on top panel), and also access 33-64. 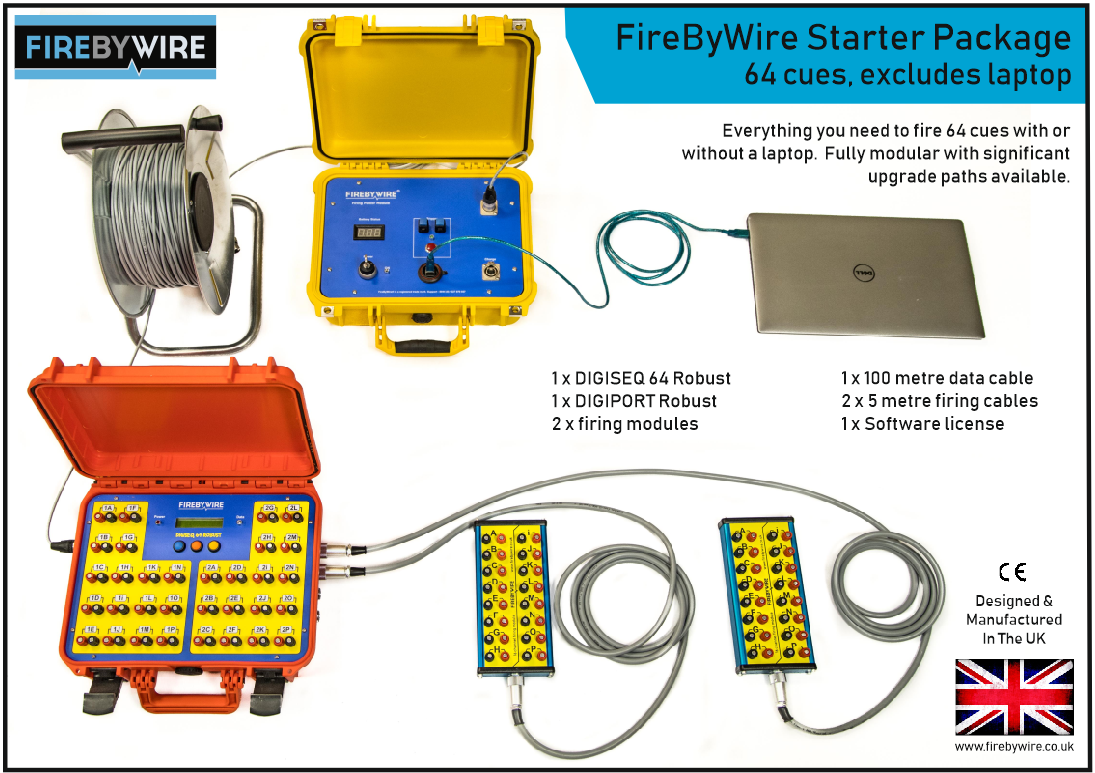